Blog Recruiting Talent The Great Resignation: how businesses can improve recruitment and retention

The Great Resignation: how businesses can improve recruitment and retention In August 2021, the number of open job positions in the UK exceeded an unprecedented 1 million for the first time in the UK’s history, according to the Office of National Statistics.

‘The Great Resignation’ has also been described as ‘the Great Reshuffle’, to reflect the fact that many people are changing jobs internally and not necessarily leaving their existing employers.

We recently hosted a webinar which was chaired by Breathe’s CEO, Jonathan Richards, who was joined by Greg Guilford, CEO, HR Solutions and Emma del Torto, MD, Effective HRM. The three discussed ‘The Great Resignation’ and the steps business can take to address retention and recruitment in such a challenging employment market. The webinar is available to watch on demand.

In this blog, we discuss some of their ideas and recommendations alongside the results of a poll we carried out during the webinar to assess our delegates’ thoughts and feelings about recruitment at such a difficult time.

We found that out of 90 businesses leaders and HR practitioners who responded to the poll, 81% are struggling to fill vacancies, indicating the scale of the current situation.

Why are so many people leaving?

Obtaining feedback – and acting on it

Why are so many people leaving?

Many workers are thought to be making the decision to leave based on how their employers treated them – or didn’t treat them ­– during the pandemic. Ultimately, workers stayed and are staying at companies that offered support and left those that didn’t.

Researchers from Gallup recently noted that: “ The Great Resignation is really the great discontent.” Rather than being an issue with pay or industry, the researchers said: “The pandemic changed the way people work and how they view work …reversing the tide in an organisation requires managers who care, who engage, and who give workers a sense of purpose.”

In other words, people are looking for roles with more progressive, supportive cultures than they may have experienced to date. There is now a greater emphasis on wellbeing and flexible working and companies who do not prioritise culture and putting people first run the risk of losing people or not being able to recruit them in the first place.

The pandemic has provided people with the time to think about their careers and where they want to be and what they want to do.

Generation Z in particular has had enough. A recent Adobe survey of 5,500 workers found that 56% of those ages 18–24 say they are planning to switch jobs in the next year. Research from Microsoft and Bankrate backs this up, reporting that 54% and 77% of Gen Zs, respectively, are thinking about quitting.

Looking at our webinar poll results; the views of our delegates correlate with many of the numbers published in the media about retention by the companies and researchers we have already quoted.

Our webinar panellists all agreed that the importance of company culture really can’t be overstated in the battle for recruitment and retention. If people are leaving an organisation because they are feeling unsupported or poorly treated, word will get round very quickly and a business will suffer reputationally. With this, the reputation of the business will suffer, along with its ability to attract candidates and retain existing team members.

But a company’s espoused cultural values must be genuine and upheld by everyone in a business. Establishing a new company culture or changing one that has become toxic are no easy, overnight tasks and organisations which get it wrong will be vulnerable to reputational damage. Think back to Brewdog’s coverage in the media earlier in 2021, after a group of current and past employees spoke out about their negative experiences in a company which espoused ‘punk values’, but who’s culture was allegedly based on a personality cult.

Our webinar panellists made the point that once a business has established a strong company culture, they have something to be proud of, and should do everything they can to make people aware of it. Employee success and feedback stories and evidence of going that extra mile to support people can be publicised in numerous ways and including social media, blogging and website content. By hiding their lights under a bushel, some companies with great cultures are struggling with recruitment, when instead, they could be way ahead of their competition. In short: don’t forget to celebrate and publicise culture and employee successes.

Our panellists also discussed the importance of flexible working. Emma pointed out that one positive outcome from the pandemic was that it has done more to accelerate the pace of widespread flexible working adoption than twenty years of campaigning had achieved.

Flexible working, allowing people to work from home and balance duties of care with their work lives means employers can recruit from a wider and more diverse pool of people than they did before the pandemic took hold.

Greg said it is an incredibly exciting time with more employers recruiting outside of their geographic area, with more people use technology to communicate and collaborate from wherever they live. On the flip side, this does also mean that employees can look for jobs in areas - and even countries- which they wouldn’t have considered in the days before remote working became widely adopted. Has this, in itself, been a cause and a catalyst for The Great Resignation?

Obtaining feedback – and acting on it

Our panellists discussed the high importance of obtaining feedback to understand how employees are feeling about their roles and employers and use this as the basis for a framework of changes and improvements that are needed.

During the webinar, Emma pointed out that obtaining feedback needn’t be a complicated or expensive exercise. Simply asking people for their thoughts on an informal basis will often suffice. It boils down to ‘if you don’t ask, you’ll never know’.

Greg recommended that businesses also use data to analyse trends and patterns and also to look for behavioural signs such as absences from meeting and unavailability that suggest someone has become disengaged.

Greg also suggested using a system such as Engagement Multiplier to survey employees and use the results to build a framework and plan for action.

Jonathan said that it is important for employers to act on the feedback from surveys and make changes. Although will take time, some changes can be made quickly and simply.

HR software systems like Breathe can help managers and leaders collate employee information for analysis and use this as the basis for making decisions and prioritising changes that need to be made to drive engagement.

A recent LinkedIn News article discussed a new type of interview which is currently gaining popularity: the ‘stay interview’.

A stay interview is essentially a conversation between an employer and employee about the latter’s experience of the company and views on their working lives. It provides insight which an employer can use to highlight areas for improvement which may otherwise be ground for an employee choosing to work elsewhere.

‘Stay’ interviews are obviously preferable to exit interviews and should be prioritised, especially for high performing employees whose departure would be the most damaging to a business.

Ensure to take note of the employee's reasons for leaving using an exit interview template so you can fully understand why they're leaving, if they still choose to do so.

To attract new employees and retain existing members of staff, businesses are also having to re-think employee incentivisation. Although many people are moving for a variety of reasons, it is now very much a candidate’s market and there are many predictions that this situation will remain for the foreseeable future.

The internet makes it very easy for people to research salary information and benchmark their own against similar roles on job boards and employee review sites like Glassdoor. Companies which think their lack visibility of this information, very clearly need to think again.

Of course, as important as money is, there are also many other kinds of employee benefits to consider. In our webinar, Greg said that everyone appreciates holidays and time off and offering more days off than a company’s competitors can help attract candidates and fill vacancies. He pointed out that bonuses can be less complicated than offering share options and that packages that offer health related benefits are also popular incentives.

Following a second difficult year, many businesses are now beginning to recover, and some are thriving, especially in the leisure and hospitality sectors, many of which faced incredibly hard times during the lockdowns.

Confidence is returning to various sectors, yet many business leaders’ plans for recovery will be thwarted if their most talented people look elsewhere.

In the new employees’ market, many employers must work harder to attract the best candidates and retain existing talent. Focusing on building a strong culture can help SMEs compete with larger competitors (who may be able to offer larger salaries). A reputation for genuinely putting people first will also go a long way in the battle for recruitment and retention.

In our 2021 Culture Economy Report, we reflected on the idea that the future of work has arrived earlier and if it has, many businesses need to adapt to the new now and create workplaces and cultures where people are well supported and thrive as a result. 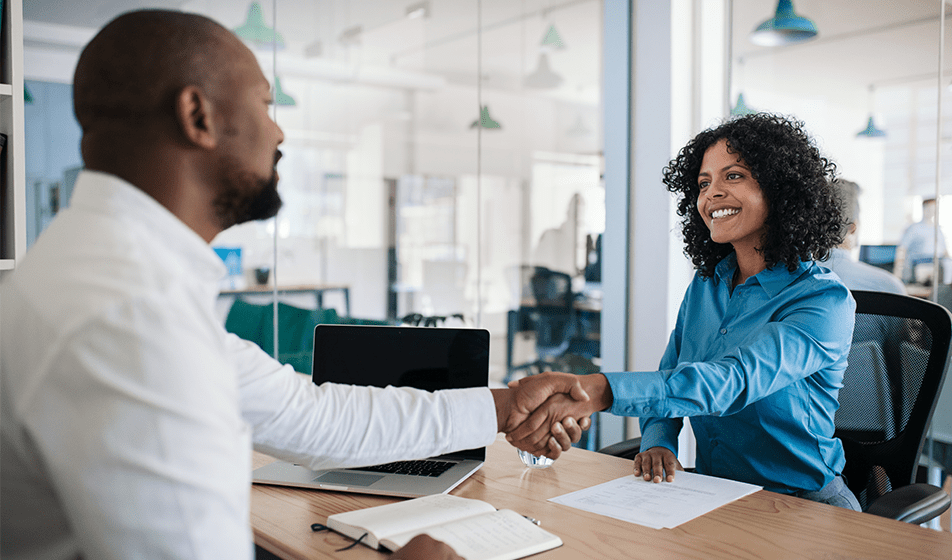 The top interview questions for an HR manager role 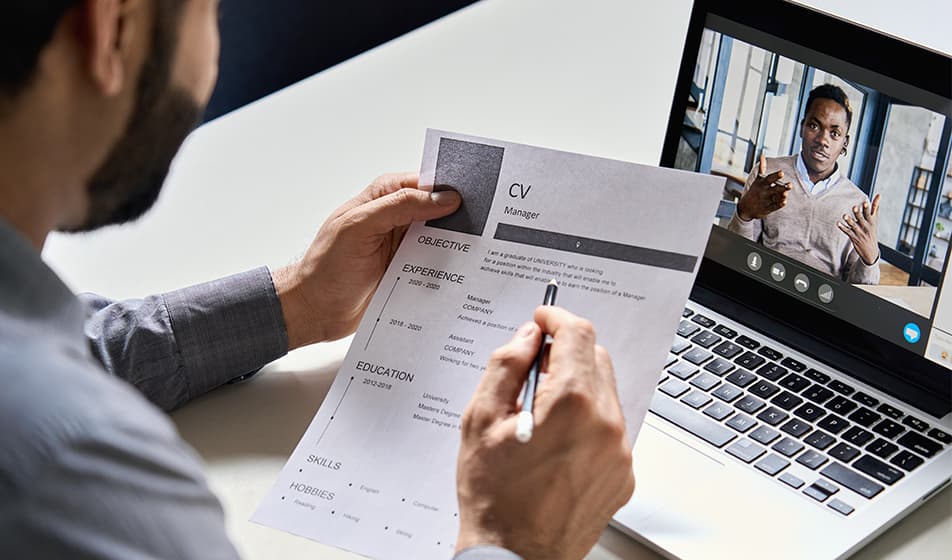