Why personality cults are so damaging to businesses and people Last week, former employees of the brewery company, BrewDog, publicly denounced the company and its CEO and co-founder – James Watt and Martin Dickie- in an open letter which alleged a highly toxic culture of fear based on a personality cult which permeated throughout the organisation.

The term ‘personality cult’ came to prominence in 1956, in Nikita Khrushchev's speech On the Cult of Personality and Its Consequences, given on the final day of the 20th Congress of the Communist Party of the Soviet Union.

In the speech, Khrushchev, who was the First Secretary of the Communist Party – in effect, the leader of the country – criticised the lionisation and idealisation of Joseph Stalin in a highly courageous denunciation of Stalin’s many terrible crimes. This at a time where Stalin was still idolised.

Looking back further in history, The Imperial Cult of ancient Rome identified emperors and some members of their families with the divinely sanctioned authority of the Roman State. Throughout history, monarchs and other heads of state were often held in enormous reverence and imputed with super-human qualities.

Business leaders can do so much to support their people by creating positive cultures that bring out the best in everyone, eliminating the need for whistle-blowers in the first place.

Small businesses, in particular, can move more quickly than larger companies and make changes relatively quickly that benefit their people and ensure equality and diversity are core values.

In the open letter published last week – which has now signed by more than 250 former BrewDog employees – signatories said a “significant numbers of formers staff had suffered mental illness as a result of working at BrewDog”.

The letter added that BrewDog “was, and is, built on a cult of personality” and that Mr Watt and Mr Dickie had exploited publicity, "both good and bad" to further their own business goals and chased "growth, at all costs."

"You spent years claiming you wanted to be the best employer in the world, presumably to help you to recruit top talent, but ask former staff what they think of those claims, and you'll most likely be laughed at.”

"Being treated like a human being was sadly not always a given for those working at BrewDog."

The letter continued to explain that toxic attitudes towards junior staff had "trickled down" throughout the business "until they were simply an intrinsic part of the company".

"Put bluntly, the single biggest shared experience of former staff is a residual feeling of fear. Fear to speak out about the atmosphere we were immersed in, and fear of repercussions even after we have left," it added.

Since the letter was published, Mr Watt – to his credit – has apologised and added that he would not contest the letter, but “listen, learn and act”. In a statement to the BBC, he said that the company would form listening-groups and poll employees anonymously to obtain their feedback.

And in a highly positive development, it has now been announced that BrewDog has now appointed a woman - Blythe Jack - as first chair of its board. The company has also appointed a beer industry diversity specialist, consultant Ren Navarro, and plans to appoint its first mental health and wellbeing ambassador.

Many people including customers, shareholders, partners and distributors will now be looking closely at the company and although the recent appointments are the just beginning of a period of change, they do signal a brighter future for the company and its employees.

Cultures can't change overnight but the speed in which BrewDog has reacted to criticism and acted as a result, demonstrates that decisions can be made swiftly. Let's hope that the company uses the situation to fundamentally re-think their business model from an HR perspective and build a culture where people are put first.

Businesses undoubtedly need strong leaders with big personalities who inspire everyone in organisations- from top on down - to achieve amazing things. This as opposed to leaning on people and ruling by fear, micromanagement and intimidation.

Surely, it’s time for businesses with toxic cultures to fundamentally rethink the way they treat their employees and adopt more progressive models and cultures which bring out the best in people, consigning oppressive hierarchal work regimes to history forever? Many organisations benefit from clan cultures which have a family feel and people are encoraged to work together as a community.

|There are many, many commercial benefits of making company culture a priority - creating an environment where employees are treated well and genuinely valued goes a long way towards growing engagement, productivity and retention levels.

What perhaps goes unreported are examples of businesses which care about their people and are working hard on their behalf. To redress this, we'll soon be publishing the results of our 2021 Culture Leader Awards List awards. These will recognise and celebrate the achievements of SMEs who have looked after their employees throughout the pandemic and are planning for the future. The quality of the submissions has been oustanding.

Although there are many companies like BrewDog where change is still needed, it is genuinely heart-warming to find so many businesses where company culture is a guiding principle and people are thriving as a result. We look forward to sharing these examples with you. 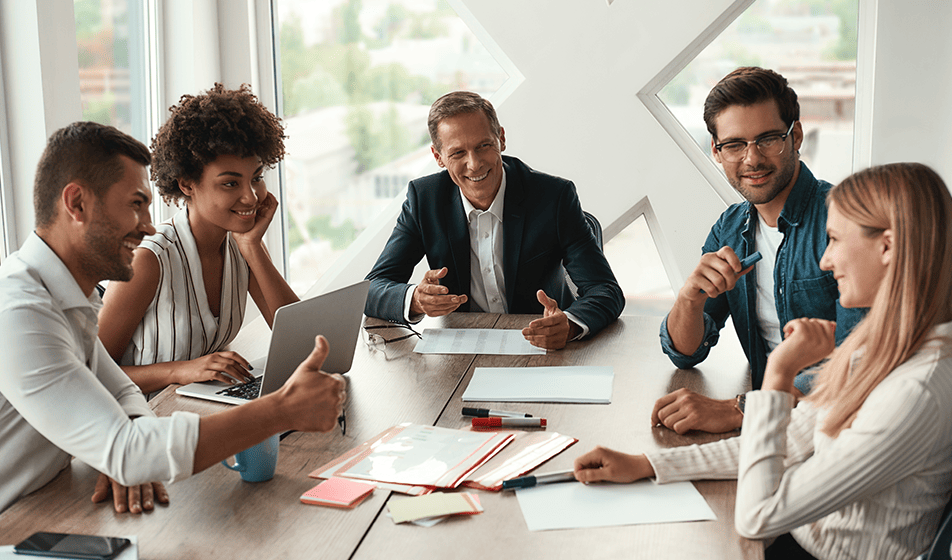 10 ways to nurture psychological safety in the workplace