Blog How To Create And Lead High-Performing Teams

How To Create And Lead High-Performing Teams 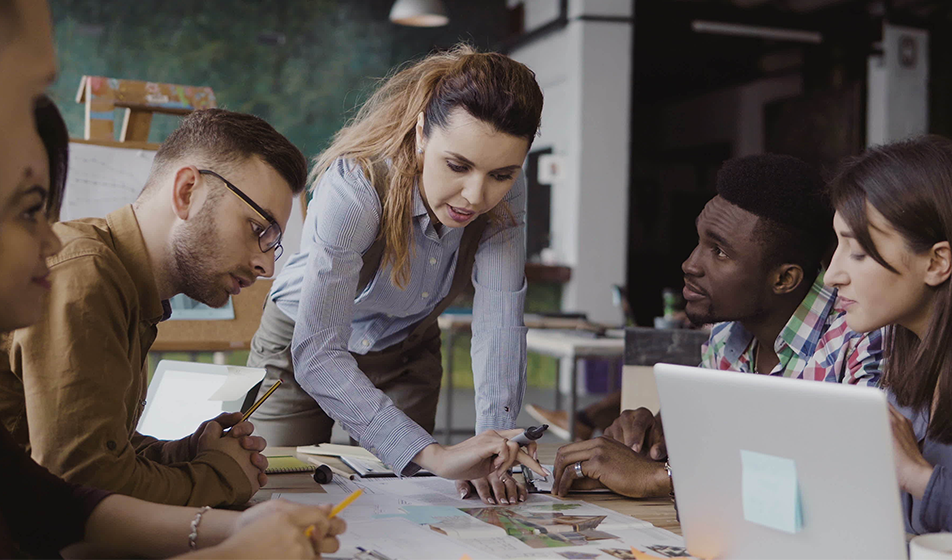 The Entourage are Australia’s largest trainer and community for entrepreneurs, with a global community of more than 500,000. As the Digital Content & Partnerships Specialist at The Entourage, Anna is responsible for the execution of digital content projects such as The Make It Happen Show podcast and The Entourage's blog.

As the business world continues to change faster than ever, it requires not just the business owner to take charge and lead, but the entire team to take ownership too in order for the business to be built and scaled into a successful enterprise.

Whether you're part of an organisation that's got hundreds of employees or just a couple of team members, one of the main focuses in the business should be around how they can better establish stronger ownership within the entire business in order to stay versatile, resilient and relevant in the market, because that's how you truly create high performing teams.

So, what's the best way to start creating and leading a high performing team? Our team at The Entourage, Australia's leading business coaching and training provider, gathered some of the best ways to empower your team to start acting like leaders and owners to help take your business's growth to the next level.

How do you actually start creating high performing teams in business?

However, most employees and managers don't behave as if they are leaders or have much ownership of the outcomes of their actions, and when they don't act as if they have that ownership, they often end up performing to a level that's not consistent with your goals. This also makes it difficult for the business owner and other leaders in the team to think more strategically, and do less of the daily tasks because when there's no sense of ownership in the rest of the team, no one will be willing to step up and take control.

If we want to create high performing teams, it's important that we start empowering our team members to take the opportunity for ownership and start acting as if they're leaders in their own rights, especially if we want the business we're in to have the ability to pivot quickly, think creatively, and disrupt competitors too.

What are some skills to develop in order to become a high performing team?
To start creating a sense of ownership in your team for them to start acting like a high performing team, it firstly starts with helping them look within. Before you even start to think about all the different areas of leadership and ownership of the business that they can take on and improve on, it's important to review where they are at now, what the gaps are, and then what the best areas will be to improve upon.

This can be a task done alone or done with your team's leader supporting. It's so important to develop the ability to review oneself, especially when it comes to gauging your leadership performance. This is because no one can turn someone else into a better leader and high-performer except themselves. It's all about that internal drive to want to make a more positive impact on the team, the business, and having an unwavering commitment to improve on the areas that you think are lacking. And this doesn't only apply to members of your team but to you as the leader of the business too.

We've taken a comprehensive list of the top skills every leader should have and the top causes of failures in leadership from the book 'Think & Grow Rich' from Napoleon Hill. Read through these and then come back to it and ask your team to review it against themselves with a score out of 10. Here, you can start to develop their leadership thinking and allow them to start to see where their strengths are and the areas they can improve.
Top skills every leader should have:

Top causes of failure of leadership

For many of your team, they may not have had the chance to develop or demonstrate many of these skills or situations. If you went through these yourself too, there may also be some areas that you need to work on and improve on. In both situations, it's about seeing which areas you want to work on first that are lacking, then putting in place a plan to actually improve on them.

In many instances for employees, if you want them to start becoming high performing teams, then you need to empower them by putting in the work to develop them and nurture them to start acting like owners, just as you do. They may currently be thinking more 2-dimensionally, focused on the role that they're in, and not 3-dimensionally, thinking about the wider business and the consequences and responsibilities of the actions they take. It's up to you to help them take that first step in becoming a high performer and then work with them to review that consistently.

There, you'll start to see your business transform from one where the business owner and its executives have their hands in every part of the business, to one that can start to work without the leaders' tactical day-to-day work.

The freedom to be able to think more strategically, to have more discretionary time to work on wider projects and long-term goals, through a high-performing team all comes down to how much ownership the rest of your team have in the business.

If that answer is very little and there's no plan in place to increase ownership in the team, then it's likely that you'll find that you'll always be putting out daily fires, constantly stuck managing the team and the work they do, finding yourself as the 'problem solver', and never being able to think about the core business-growth driving functions.

Instead, take the initiative to create the high performing team of your dreams with this first step today, reviewing the ownership levels within your team. Once that starts to take form in your business, watch as your business elevates to that next level.